The MATSim model for Sweden focuses on depicting long distance road transport in the country. It depicts both passenger and freight transport. The model has been set up by converting results of the two existing static models (SAMGODS for freight and SAMPERS for passengers) into MATSim demand. The network is OSM based and the public transport supply origins from GTFS. 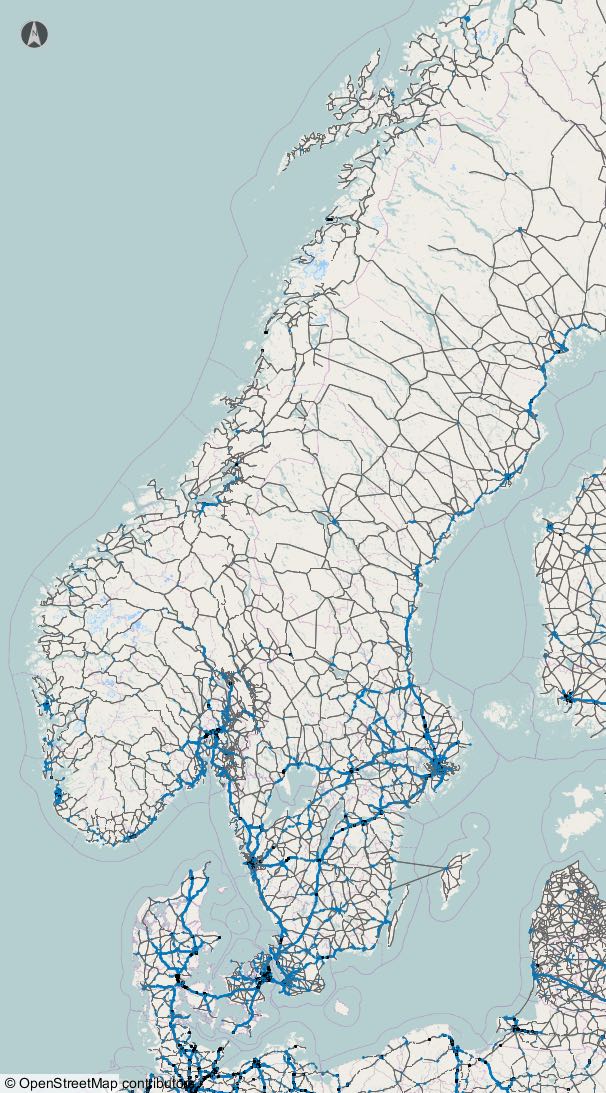 The primary goal of the model is to research the effects of a mass electrification of transport, including Electric Road Systems. But the model may also be used for different purposes.

Currently, a ten percent version of the model is publicly available. It can be accessed via Github.